When it comes to Animalier sculptors, no one can quite compare to Isidore Bonheur. Born in 1827 to a family of artists with a wide variety of talents, it didn’t take long for Bonheur to find his passion ran along the same lines as his lineage. To this day, he is still regarded by many as the best Animalier sculptor to grace art’s magnificent history. Among his most well-known pieces, Isidore Bonheur’s bronze horse sculpture, Le Grand Jockey, is a great example of his mastery over his craft. The most famous casting shows a jockey patting his winning horse on the neck in exquisite detail, down to the veins in the horse’s legs and neck.

Isidore-Jules Bonheur Had a Range of Talents

Like the rest of his family, Bonheur inherited a skilled hand in many various art-forms. First and foremost, though, he held a particular mastery over bronze sculpture along with a certain passion for the trade. Along with the horse sculpture, the bull and bear sculpture by Isidore remains a favorite of fans of his work. It depicts a battle between a bull and a bear in which the art expertly demonstrates an incredible amount of tension while also maintaining a high level of detail and realism. However, though they are some of the most famous, they are far from the only Bonheur pieces you may have seen. 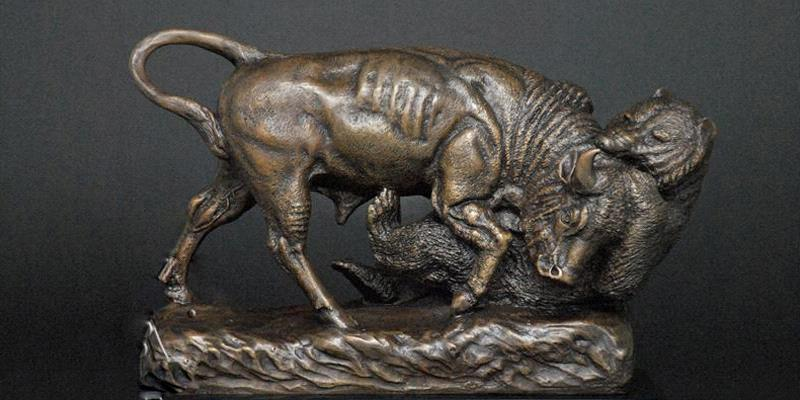 Isidore’s older sister, Rosa, frequently collaborated with him. They made pieces in pairs, complimenting both art styles and bringing the pieces together. This was generally true in regards to his domestic cattle, sheep, and/or equestrian pieces. He did not stop at these common animals, however, and frequently did pieces with more wild elements, such as lions, bears, and hunting groups on his own.

While many artists, such as Vincent Van Gogh, received little to no recognition before their lives were over, Isidore received a great deal of respect during and after his life. To this day, his works are among those most highly praised at the French Animalier school. He is consistently ranked among the finest of his time and has left a lasting impression on the path that the Animalier style of art has taken. His talent was never taken for granted or denied by onlookers. In fact, a life-sized casting of his eight-point stag piece is currently on display in the Perigueux Museum. He also completed three monuments still standing today, including a piece he created for his late sister that he did not complete until his final two years. The other two are lions he crafted to guard the Palais de Justice. 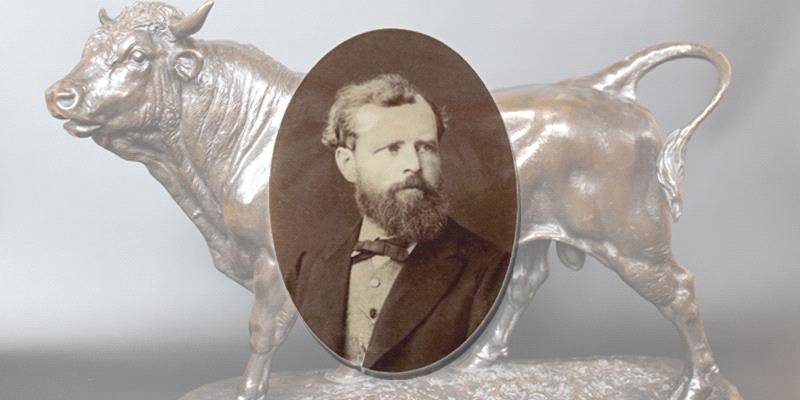 Throughout his life, Bonheur was commissioned outside of his home country of France as well, including palace pieces for King Edward VII of England and two large bulls to decorate the palace of the Sultan of Constantinople. His works are immortalized not only in person, but also in literature. Bonheur’s life has been explored, analyzed, and appreciated in more than a half dozen books between the years of 1914 and 1971 alone. The internationally renowned sculptor has gone down in history and most certainly will remain there for years to come.